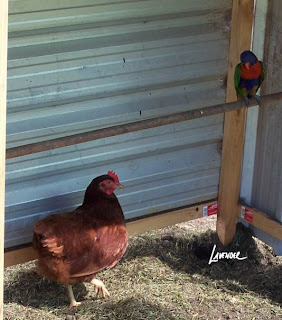 Mother knew how to use the language. Living with her was like living with your English teacher.

She always had her nose in a book, and you weren’t particularly welcome in her presence when she was found thus. In secret, she wrote. Short stories and poetry. She stuffed them all away in various hiding spots, only to be discovered after her death.

As a pre-teen I loved to write. One school year, there was an English teacher who generously read my extra-curricular fiction. He liked it. I kept adding chapters. He liked them too.

One day I decided to show the fledgling work to Mother. She hated it. Hated. It.

I never wrote another word of that particular story, but, in time I began to write other things. Secretly. Short stories and poetry. I stuffed them away in various hiding spots, all were lost in my migration to Australia.

Many years later, I ran into that English teacher, and he asked me if I still wrote.

Many more years later, I had a small epiphany. What criticism of her own work had she received that drove her to keep her writing secret? Perhaps Mother’s reaction was purely a learned response.

What discouragement did you receive? Imagine if they just didn’t know better. Be Free.
Posted by Lavender at 11:25 AM

About the title:
If you said you were going to 'go lay down', Mother would yell - ONLY HENS LAY!!

Which brings me to the picture:
Hens, of course!
This wild Lorikeet voluntarily hung out with our chooks for a few months during the summer of 2005.

You must quickly write down all the stories and characters you remember writing about before, Lavender! Your Mother should have seen my first son when two ... he was an expert at impersonating a hen laying an egg. 'Was' as in, he won't perform it anymore. Not that 'I' discourage it ... :)

Thanks Anon, brave responder!
Impersonation of a hen laying an egg, Wow! I hope one day he decides to no longer squander his natural gifts! :) I would bet he was adorable too.

I knew immediately from your title what you were talking about! I give my children the same trouble! *ducks*

You know what squelched my creative writing? A boyfriend I had at 19 who just got so sick of all my love letters, poems, explaining my feelings on paper because I do that better...etc...

Well, and then, of course, I got sober at 21 - and getting sober and staying sober is about finding solutions. And so much of my writing was about staying, nah - wallowing in the problem! Ha! So I found it difficult to write and I just quit for good.

That one boyfriend and sobriety did me in! I have been recently 'finding my voice' a bit here and there again.

Thanks for this lovely post - causing me to think - and also sharing your mother with us.

Hi Anon, yes, like kittens and puppies, always so cute when they are little LOL Notice I didnt include birds in that ;)

Hi Lisa, well, theres always someone who wants to be a party pooper, isnt there! Congratulations on getting and staying sober, Bravo! Thats really great!
I know what youre saying about problem vs solution. I think we really have to intend ourselves into the direction we want to go, when it is just so much easier to stay where we are....human nature I guess...hope you know what I mean!
Im glad your finding your voice again, me too! And I dare say its about time for both of us. Cheers!