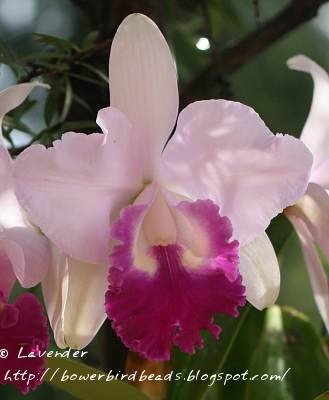 Shouldnt an orchid this lovely have a name of its own, instead of just the name of its parents? This plant was spectacular this year, and the perfume! Heady and intense - summer's last gasp. Apparently, this specimen too enjoys the neglect it and its kin recieve under the backyard gum tree. 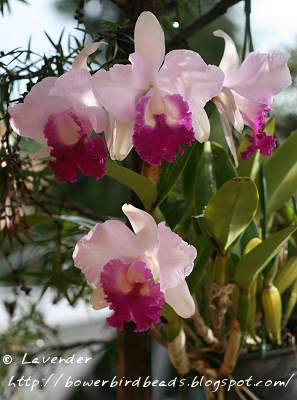 The "BC" at the beginning of each of its parents names tell us that both were hybrids, or the result of a 'x' (cross) between a Brassavola orchid and a Cattleya orchid. Making them, and their offspring, Brassocattleya orchids.

In the Depression Department: Ive just interrupted myself in the middle of another savage housecleaning attack, expressly to take a 'break' and blog. In some respects, the housecleaning frenzy could read as a sign that things are getting better. I used to have a fairly rigorous weekly routine and that got lost somewhere. I wouldnt mind having back it again.

Yet yesterday was a bad, bad day with me being unable to handle even the simplest matters. I so hate feeling powerless! Having said that, the frustration level with things like hands that dont work properly, gives me alot of material to get miserable about. Sometimes I wonder what is just bad brain chemistry, and what is just mechanical break down. And does it matter? Blerg!

Enough thinking out loud for today - Go have a good day!!!
Posted by Lavender at 8:52 AM

I probably clean best when I'm really pissed off!

Hope you have a good (better?) day too!

lavender, getting this "stuff" from the inside to the outside seems very healthy!

i have been away and missed your posts. these blooms are gorgeous. they look like irises dont they? Hope the weight is lifting. Ill be back from work later to read and have a good catch up, specially on the saga of that rascally feline. Take care.