Voice of the (Bunya) Nut 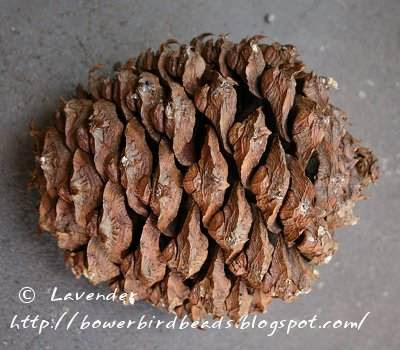 It had been sitting in a shady spot on the concrete porch landing. Now at the end of January, it was completely dried out, and very much lighter.

As I pick it up, a number of cockroaches run out. A disgusted, but alarm tinged "UGH!" escapes me. No doubt the roaches made similar exclamations, as I turf them out of thier beautiful home with flicking fingers.

Now at my leisure to study it, this orb of a nut felt brittle.

Then as I turned it over in my hands it made a sound!

__________________
We had thought we might try eating some of the seeds, but after my close encounter with its former residents, the roaches, No Thank you!
But we will attempt to germinate them as per the original plan.
Posted by Lavender at 5:10 AM

I definitely vote for putting it in the ground!

I hope yoou meant to eat the nuts not the roaches! Haha!

great links and to know more, i keep coming back to your site. thanks.