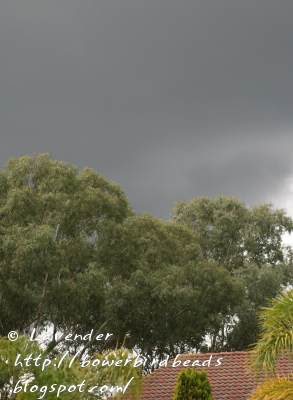 Its been grey and rainy ALOT lately. Add to that: the Solstice is near. Could it be the weather and the season have a role in my deepening mood? Its not outside the Realm of Possibilty. 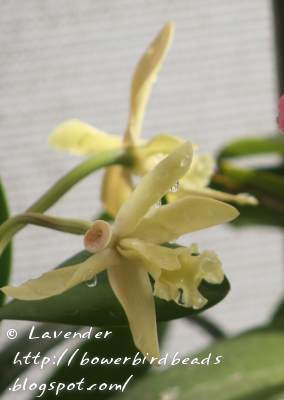 I think this is the last orchid currently in flower...it might be BL Westfieldensis (P.L. Flava x BU Glauca 'Super'). Well, thats what the tag it had when we bought it said. Im not convinced though. 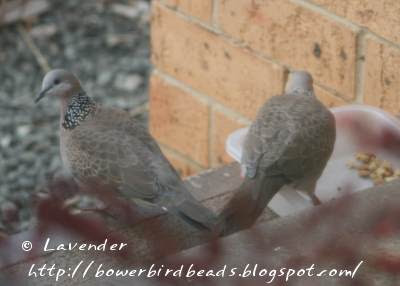 Ive named these two spotted turtle doves Heckle and Jeckle. One of these days, Bonne Chance will have had his fill of their teasing him. Mark my words! Crummy photo here as the day is so terribly grey, and the screened window Im shooting through is unforgiving with the low light outside - such is life. 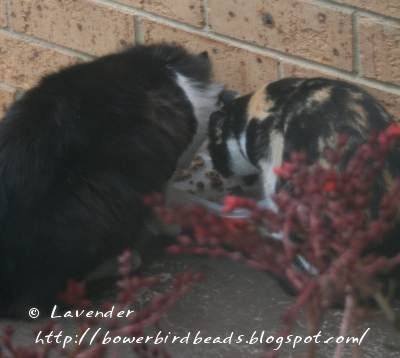 What-o! Persephone is taking a rather large liberty with Bonne Chance and his lunch, dont you think? She in fact pushed him right out of the dish! I suspect she will have to repay him one day.
Posted by Lavender at 9:28 AM

One of my female cats does the same to my male one. Then he comes to me looking for food later and I always tell him he's got to stand up for himself!